How to Survive a Nuclear Attack: The Ultimate Guide

Is Putin threatening a nuclear war? In light of recent events, it certainly seems that way. The Russian president has been making some pretty bold statements lately, and many people are starting to worry about the possibility of a nuclear conflict.

Just last week, Putin threatened to target America's "underlying infrastructure" if the U.S. were to attack Russia. He also warned that Russia would be prepared to use nuclear weapons in response to any act of aggression. This is a major departure from Putin's usual rhetoric, and it has many people concerned about the possibility of war.

So what's behind Putin's sudden change in attitude? Some believe that he's trying to scare the U.S. into backing down, while others believe that he's actually serious about using nuclear weapons. It's hard to say for sure, but the possibility of a nuclear war is definitely something we should all be worried about.

We need to pray for peace, and we also need to take steps to protect ourselves from a potential attack. If Putin is truly planning a nuclear war, then we need to be prepared for the worst. Let's hope that it doesn't come to that, but we need to be ready just in case.

Read: The Ultimate Guide to Radiation Water Filters: How They Work Let's start with the basics. What is nuclear warfare? Nuclear warfare is a type of war that involves the use of nuclear weapons. These weapons are capable of causing immense destruction and loss of life, making them some of the most powerful weapons in the world. In a nuclear attack, a nuclear bomb is detonated either in the air or on the ground, resulting in a devastating explosion.

Will you get a warning if a nuclear attack is underway? The answer is maybe, if you're ever faced with a nuclear attack, your first priority should be to seek shelter. This means finding a place where you can take cover and protect yourself from the blast and radiation. The best place to seek shelter is an underground area, such as a basement or tunnel. If you don't have access to an underground area, try to find a sturdy building and get as close to the center of it as possible.

How do you make a nuke shelter? Once you've found shelter, your next priority is to stay there until it's safe to leave. The nuclear blast will cause a lot of damage, so it's important to avoid being hit by debris or getting exposed to radiation. You should also stay away from windows, as they can shatter and cause injuries.

In the event of a nuclear war, it is imperative that you have a fallout shelter. A nuke shelter will protect you from the radiation and fallout that would otherwise kill you. In this guide, we will teach you how to make your own nuke shelter using materials that are readily available. We will also discuss some of the best locations for your shelter, and how to prepare for a nuclear attack.

Once you have gathered all of the materials, it is time to start building your nuke shelter. The first step is to create the foundation for your shelter. This can be done by digging a hole in the ground and putting the concrete or bricks in place. Once the foundation is set, you can start building the walls and roof of your shelter. Make sure that the walls and roof are sturdy enough to withstand a nuclear attack.

Once the shelter is complete, it is time to prepare for fallout. The first step is to stock up on emergency food and stackable water containers.

Read: How to Store Water for an Emergency: 8 Tips for using Water Storage Containers

You will also need to stock up on medical supplies and other essential items.

Read: How to safely stockpile your prescription medications

It is also important to have a way to filter the air in your shelter. This can be done with an air filtration system or by wearing a gas mask. Read : How to Survive on Freeze-Dried Food

Finally, it is important to remember that a nuke shelter is only as good as its location. The best locations for a fallout shelter are in the middle of a city or near mountains or other natural barriers. Make sure to avoid areas that are likely to be hit by fallout.

If you follow these steps, you will be able to build your own nuke shelter and survive a nuclear attack.

Remember you can always search for open shelters by texting SHELTER and a ZIP code to 43362. Example: Shelter 01234 (standard rates apply).

How to survive a Nuclear Bomb

Now that we've covered the basics, let's move on to some more advanced topics. One of the biggest dangers of nuclear warfare is radiation poisoning. This occurs when you're exposed to radiation from a nuclear bomb or explosion. Symptoms of radiation poisoning can include nausea, vomiting, diarrhea, hair loss, and skin burns.

Read: Top 100 Things You Should Start Stocking Up On for When SHTF

What happens if you're exposed to radiation?

If you're exposed to radiation, it's important to get rid of any contaminated clothing and wash your body as soon as possible. You should also avoid eating or drinking anything that might be contaminated. If you can't avoid exposure to radiation, try to stay indoors as much as possible and limit your time outside. It is absolutely crucial to have access to clean drinking water, that is why every household should have a radiation removal filter kit to filter their water. How far underground would you have to be to survive a nuclear blast?

How long do you have to stay in a fallout shelter? How do you get fresh air to breathe in an underground bunker?

A good bunker will be mostly self-sufficient, consuming as little outside resources as possible. Filtering air from the exterior has obvious drawbacks such as needing to change those filters, as well as obstructions that prevent fresh air from entering your living space. There'll almost certainly be an intake vent and an exhaust vent required. Fresh air will enter the bunker and travel through to the living area, where it will mix with the existing air. The exhaust vent will then remove the stale air from the living area and deposit it outside.

You will also need an active pump to circulate the air throughout the bunker. This will ensure that everyone inside can breathe fresh air.

Another way to get fresh air is to grow plants inside the bunker. Plants produce oxygen as a by-product of photosynthesis, so they can help purify the air. Not all plants are suitable for this, however. It's best to choose plants that don't require a lot of sunlight or water.

We recommend using phytoplankton, more than half of the oxygen you breathe comes from marine photosynthesizers , like phytoplankton and seaweed. Both use carbon dioxide, water and energy from the sun to make food for themselves, releasing oxygen in the process.

You can also use an air purifier to clean the air in your bunker. An air purifier uses filters to remove harmful particles and gases from the air. This will help keep you healthy and safe during an emergency.

After that, you will need to make sure the vents are protected from routine annoyances like insects, rodents, weather and water. The last thing you want is for something to clog up the vents and prevent fresh air from getting in.

Finally, you will need to position the vents in such a way as to not draw in low-lying heavy vapors. If you have a gas bunker, for example, you will want to make sure the exhaust vent is positioned high enough so that the gas doesn't escape.

Where are nuclear fallout shelters in the United States?

Most fall out shelters were built during the Cold War and were meant to protect people in the event of a nuclear attack.Today, many of these shelters are still standing, but they are not always easy to find. If you pay close enough attention you'll notice that most local banks are in fact nuclear fallout shelters. Look for the symbol on the outside of the building: Here are some tips on where to look for a fall out shelter:

Check with your local government. Some municipalities maintain a list of fall out shelters in their area. Here is a short list:

Check with your local historical society. Many fall out shelters have been converted into museums or other historical landmarks.

Whether you are at home, work or anywhere else you frequent regularly, there may be situations when it's best to stay where you are and avoid any uncertainty outside.  Here are some indicators and steps to take if the situation arises:

Here are some tips for sheltering in place:

“Sealing a room” is considered a temporary protective measure to create a barrier between you and potentially contaminated air outside. This type of sheltering in place requires pre-planning, by purchasing plastic sheeting and duct tape that you would keep in your emergency supply kit. https://www.ready.gov/nuclear-explosion 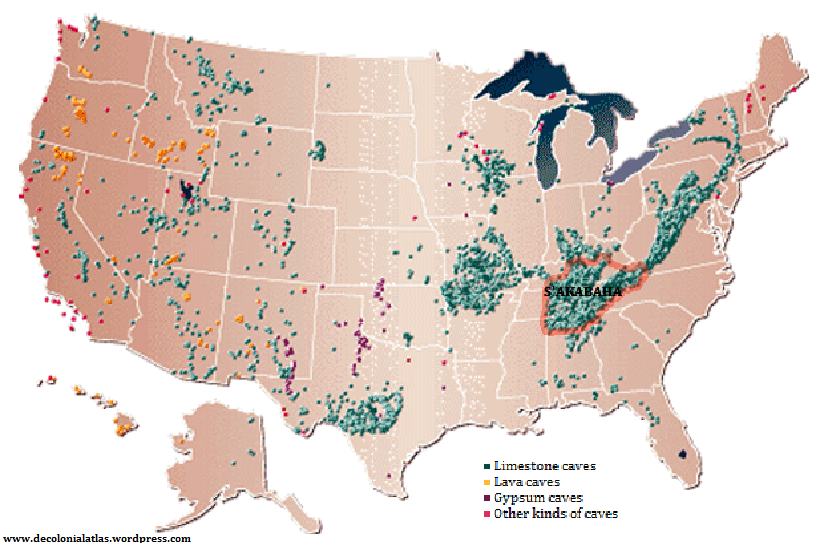 Your last option is to find a nearby cave system to bunker down in. I have included a list of all of the cave systems sorted by state. Go deep into the cave and make sure you have enough survival supplies to last you at least two weeks. Including a portable cooking stove and solar generator backpack to your supply stock is highly recommended.

I hope you found it informative and helpful. Remember, if nuclear war does happen, the most important thing is to stay safe and shelter in place until it's over. With these tips, you'll be prepared for anything! Thanks for reading!

Heirloom Seeds: The Best Choice for Your Survival Seed Bundle

Great list, I actually live near one of these caves and never thought to use it as fallout shelter.

A wealth of information. Knowing the locations of local fallout shelters in your area is a great tip. Everyone should know how far they live and work from major nuclear power plants and possible nuclear strike locations. This is essential for determining your actions in a nuclear event. To survive unforeseen emergencies you need at least these basic essentials, water, food, shelter, heat, light and first aid kit. I have a Bug Out Bag in each one of my vehicles just in case.